Download the complete report in a PDF file for viewing and printing. (970K PDF) 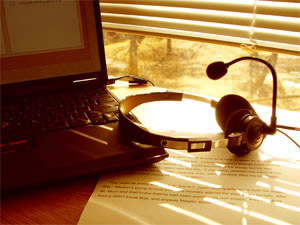 The purpose of Fourth-Grade Students Reading Aloud: NAEP 2002 Special Study of Oral Reading is to examine aspects of oral reading performance—accuracy, rate, and fluency—that cannot be observed from results of the main NAEP (National Assessment of Educational Progress) reading assessment. The results provided here are intended to inform educators and researchers about these three aspects of fourth-graders’ oral reading performance and how they relate to their overall reading ability as measured by the 2002 reading assessment.

The present report is a follow-up study to the 1992 study, Listening to Children Read Aloud: Data From NAEP’s Integrated Reading Performance Record (IRPR) at Grade 4 (Pinnell et al. 1995). Both were commissioned by the National Assessment Governing Board (NAGB). The 1992 study was NAEP’s initial attempt at large-scale measurement of oral reading abilities and one of the first ever performed.

Some of the major findings of the 1992 study include the rating of 55 percent of the participants as fluent, with 13 percent rated fluent at the highest level, based on the same fluency scale used in the present study. Another finding showed a significant relationship between oral reading fluency and reading comprehension, as measured by overall reading proficiency on the main NAEP assessment. Furthermore, a majority of the participants (57 percent) were at least 96 percent accurate in their oral reading of the passage used in the study. Moreover, the students’ errors seemed related to overall proficiency only when the errors involved a change in the meaning of the oral reading passage. Results for reading rate showed that 61 percent of students read at least 100 words per minute, and, on average, slower readers demonstrated lower reading proficiency. Overall, positive relationships were found among accuracy, rate, and fluency.

NAEP’s 2002 data collection on oral reading used much of the same methodology and approach to understanding and reporting oral reading as the 1992 study; however, the results of the two studies are not comparable because different reading passages and administration procedures were used. The students who participated in the 2002 oral reading study also participated in the main NAEP assessment of reading comprehension; therefore, it is possible to examine the relationship between students’ oral reading accuracy, rate, and fluency and their reading comprehension (Dole et al. 1991).

The data in this study were collected from a subsample (1,779) of the sample (140,000) of fourth-graders who participated in the NAEP reading assessment during the early spring of 2002. The data were derived from electronic recordings of the participants reading aloud a 198-word excerpt of “The Box in the Barn,” one of the passages the students had encountered one week earlier when they sat for the main NAEP assessment. Only three race/ethnicity groups (White, Black, and Hispanic) were represented in the oral reading study in great enough numbers to report results for these students. Differences in student performance are discussed only if they have been determined by t tests in combination with false discovery rate procedures for multiple comparisons to be significant at the .05 level.

In the context of this study, accuracy refers to the degree to which a student’s oral reading conforms to the letter-sound conventions of printed English (i.e., accuracy measures the child’s precision in orally presenting the words in the text). Accuracy is measured as a percentage of words read correctly. For example, students whose reading was rated 98 percent accurate made between 0 and 4 errors in reading the 198-word passage. Those with 21 or more errors per 198 words were rated as less than 90 percent accurate.

All errors may not be equally disruptive to a reader’s attempt to understand a passage. An error may or may not result in a change of meaning to the text. In the oral reading study, variant pronunciations (such as those arising from regional, dialectical, or nonnative speech) were not considered reading errors unless the mispronunciation altered sentence meaning.

Accuracy and Self-Correction of Errors

In this study, fluency was considered a distinct attribute of oral reading separate from accuracy and rate. Fluency was defined in terms of phrasing, adherence to the author’s syntax, and expressiveness and was measured at one of four levels (1–4, with 4 being the measure of highest fluency) on NAEP’s Oral Reading Fluency Scale.

The Relation Between Three Measures of Oral Reading Ability—Accuracy, Rate, and Fluency

Download the complete report in a PDF file for viewing and printing. (970K PDF)