The Next Generation of Citizens:

Download the complete report in a PDF file for viewing and printing. 1,201K

As we move into the twenty-first century, our nation looks to its youth for confirmation that the government established over 200 years ago will remain relevant, vital, and strong. We expect that today's students are being prepared to understand and maintain the values of our democratic society. Civics education in our nation's schools informs students about the structures, functions, and processes of government and about the meaningful ways in which citizens can make decisions about public issues and participate in governance. This report, based on findings from the 1998 National Assessment of Educational Progress (NAEP), provides a view of students' achievement in civics over the ten-year period from 1988 to 1998. The data and information provided give some indication as to whether there have been changes in students' understanding of civics and whether civics education has changed during the last decade of the twentieth century.

The National Assessment of Educational Progress is the nation's only ongoing survey of what students know and can do in various academic subject areas. Authorized by Congress and administered by the National Center for Education Statistics in the U.S. Department of Education, NAEP regularly reports to the public on the educational progress of students in grades 4, 8, and 12. In 1998, NAEP conducted two national assessments of students' civics knowledge in each of these grades. One assessment employed a set of new test specifications (or "framework").

The other civics assessment (based on the 1988 civics objectives) was a special study that repeated a number of the multiple-choice test questions used in 1988. The results of the new assessment were reported in the fall of 1999 as the NAEP 1998 Civics Report Card for the Nation.[1] The results of the special study are reported here as a summary of trends in students' knowledge and teachers' classroom practices over the ten-year period.

The results are based on the assessment of a sample of students at each grade that is statistically representative of the entire nation. Students' performance is described in terms of average percentage correct, rather than the traditional NAEP scaled scores. The reason for this departure is that the relatively small set of test questions repeated from 1988 in grades 8 and 12 did not allow comprehensive coverage of the 1988 test objectives, nor did it allow the reliable development of scaled scores parallel to those used in 1988.

This report provides results for subgroups of students defined by various background and contextual characteristics. The analyses focus on differences between 1988 and 1998, rather than differences among groups within each year. To illustrate the civics knowledge that was assessed, numerous samples of the test questions are provided. The report also explores trends in the classroom coverage of civics topics from 1988 to 1998, as well as trends in classroom instructional activities over the decade. A summary of the major findings from the NAEP 1998 special study is presented below. 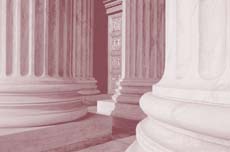 Trends in Contexts for Learning Civics

Download the complete report in a PDF file for viewing and printing. 1,201K