Question:
What is Title I and how are these funds distributed to different types of school districts?


Title I, Part A (Title I) of the Elementary and Secondary Education Act, as amended by the Every Student Succeeds Act (ESEA) provides financial assistance to local educational agencies for children from low-income families to help ensure that all children meet challenging state academic standards.

The majority of Title I funds are allocated at the district level in all states, plus the District of Columbia and Puerto Rico, based on mathematical formulas involving the number of children eligible for Title I support and the state per pupil cost of education.1

Title I funds are currently allocated through four grants. While mathematical formulas for all four grants are fundamentally based on the count of formula-eligible children and several shared provisions, each grant has a unique, complex series of algorithms for determining allocations for that grant. 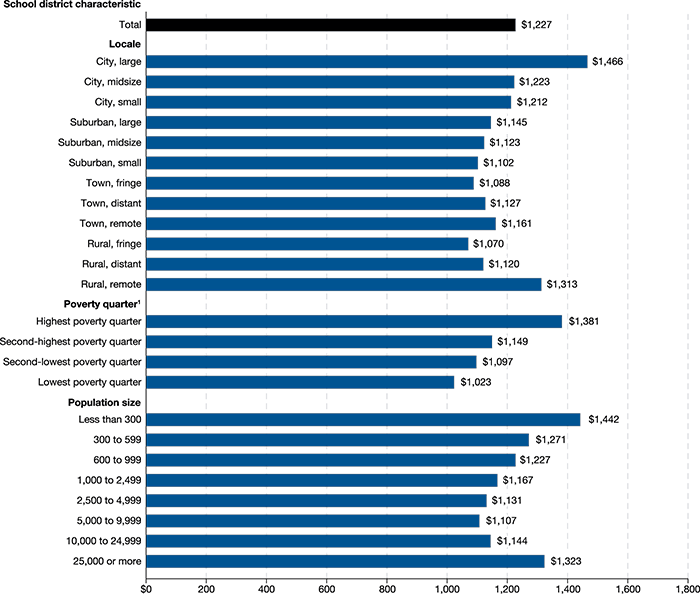 1 Federal Title I funds are allocated to districts but given to states who can reserve funds at the state level. Based on certain criteria, states are also able to make different allocations to their districts than the federal allocation. See https://www2.ed.gov/programs/titleiparta/index.html.